The Conqueror of Worlds has visited Evolved PWI. The sheer power this Boss possesses will go beyond your Imagination. Only few witnessed the fight between Channarong and Sarokkan Dragon - Untouched, but everyone agreed, that Channarong has completely obliterated him! Especially in his Demonic Form.

How to spot him?

Celestial Channarong will spawn in the Area above Archosaur City and wander the fields all up to Etherblade. It's on you to spot him! But we WARNED, it's highly recommend to bring with you as MANY friends as you can anyhow gather, an entire Guild is recommended as well!

Demonic Channarong will spawn in Primal World and Wander the fields of Lord Tyrant fortress to Lord Tyrant Rear Camp. You shouldn't mess with this Boss, he isn't like anyone you have seen before. Bring your entire Guild, bring your Allies, bring everyone you know as you will need all the help of this world!

What can you farm? He will drop the following items:

Lets you choose between either 2x DoTs or x2 DoDs 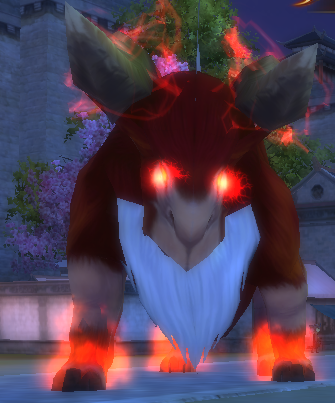 Lets you choose between either 2x DoTs or x2 DoDs

The Channarong Quests can be Obtained by the Event Giver NPC in ADC West 529 663.

NOTE: This Event is in progress, tweaks and suggestions/ community feedback is highly welcome.

We have now implemented Skillsender - For those that aren't familiar, that's kinda the reason we are adding it. This tool is already available as a 3rd partition program, and therefor already used by plenty of people. That's why we decided to implement it for everyone, so it will be accessible to every player rather that to a pool of people, that are aware of it.

As the vide shows, it will remove the delay between the loading bars for all Classes.

Attention: The Skillsender for Buffs will DISABLE your Buff filters, and will force you to manually click yourself in case you want to buff yourself or your Ally.

All prices in the Cubi shop are reduced by -10% in cost for the next 7 days! Enjoy

The Guild button: Remove, as requested was coloured to red when being clicked:

You will be able now to Re-forge your Heaven's Light (R9R4 - Pataka), into a new Melee Based Pataka at Cauldron of Ascension in ADC Centre: Attention: You will need to have Heaven's Light Pataka Crafted. You CAN'T change it back to the old Pataka once you decided to make the melee Version!

In order to offer our players a Mid-Game gear. 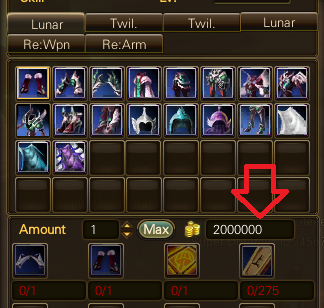 We have added Teleport scrolls to the Cubi Shop, that will teleport you depending on the Stone to either:

Requirements are listed on the Items

The New oracles, added in the previous Patch had wrong descriptions. This was now fixed.

Temple of the Dragons

Is now fixed and set up to work correctly. It will launch at its retail times and reward the retail Items.

All 3 Public Quests were fixed and work now properly.

Both items are now stackable to x99999

Buff Merchant was added to the following Dungeons at their entrance:

All 3 were added to Archosaur South for decomposing purposes.

Was added to ADC West and ADC North, at the Bridges.

The Mini-map was reversed back to its original size. IF you liked the size increased Mini-Map, pleased DM Raven or BeasT on Discord in order to receive a File, that will re-enable it

Is now also available at ADC West, right behind the Event Giver NPC