We have customised Uncharted Paradise, and removed all the retail rewards it would usually provide. The squad structure and global requirements are still intact, so we are highly recommending you to check out the officla Guide, before you check out the changes: 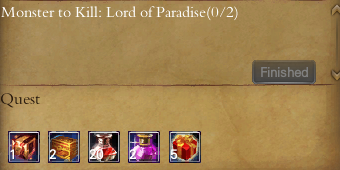 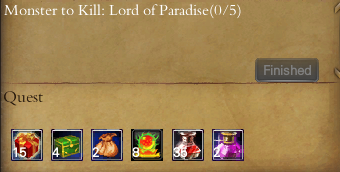 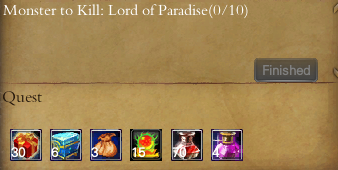 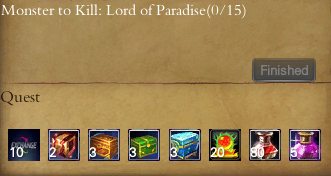 We have added a very unique way to obtain (NEW) Titles, as well as making old Dungeons useful again!

This is the first Phase of our new Title System, and the next phase will be added with the upcoming Patches. It's very simple, but super fun.

The new Evolved Titles: Forge will be always available inside the Dungeons, that are being required, in order to craft the Titles.

You can exchange several old Gear pieces such as: Twilight Temple, Nirvana Palace and Rising Dawn gear for Titles.

All these Titles can be combined into 1 Final Title. The small titels have nearly no reward, the ACTUAL REWARD is within the main Title - Result of all titles combined.

The Dungeons turned useful with this Part:

We have created a New event, that is based on the Theater of Blood event. It will launch daily at the following schedule:

Everyone will be spawned into the Atrium, where you will get access via the Atrium NPC. It will randomly spawn you inside the Arena, buffed with the following Buffs:

By entering the Dungeon you will receive 1x Evolved Token - These Tokens will drop if you get killed, which means that the actual reward are the players participating the Event.

You may enter the Dungeon only 5 times per day

Note: We are totally aware of all the things, that could be made better regarding the new Arena Event. Therefor we added it in testing Phase, so we can figure out if all of you have fun participating in such Events. Rewards will be added after it was completed fully or accepted by the community as a funny addition!

The 10% discount on all items in our shop has officially ended with the Patch V37. We hope you all enjoyed our Anniversary all the Events and Content that was linked to it!